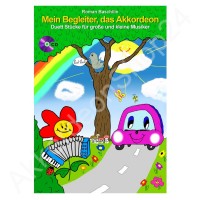 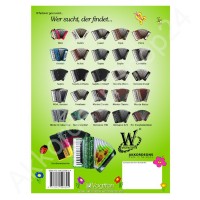 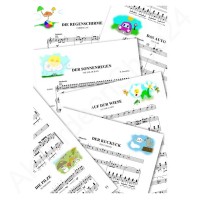 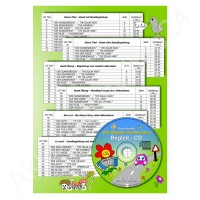 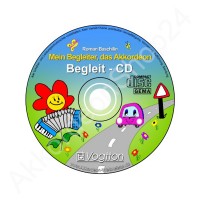 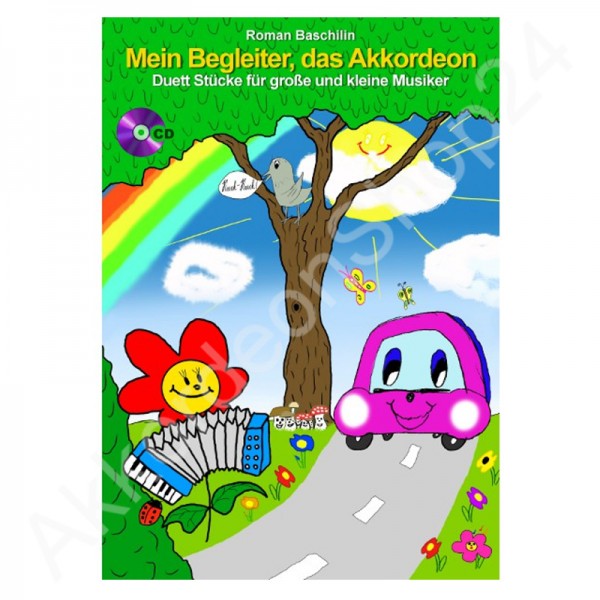 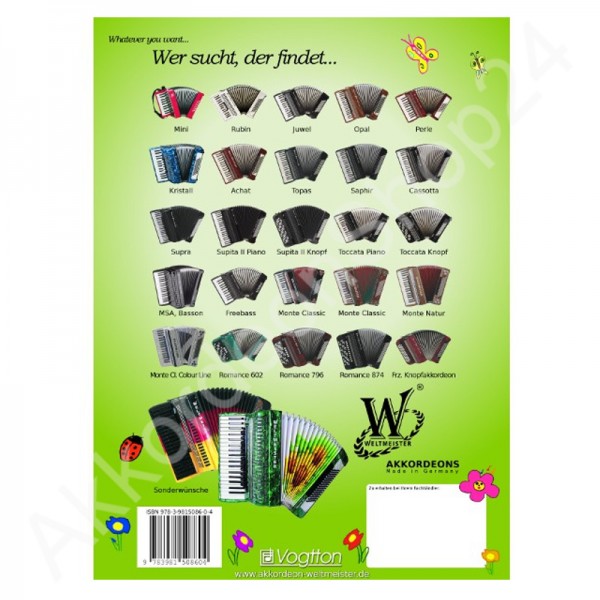 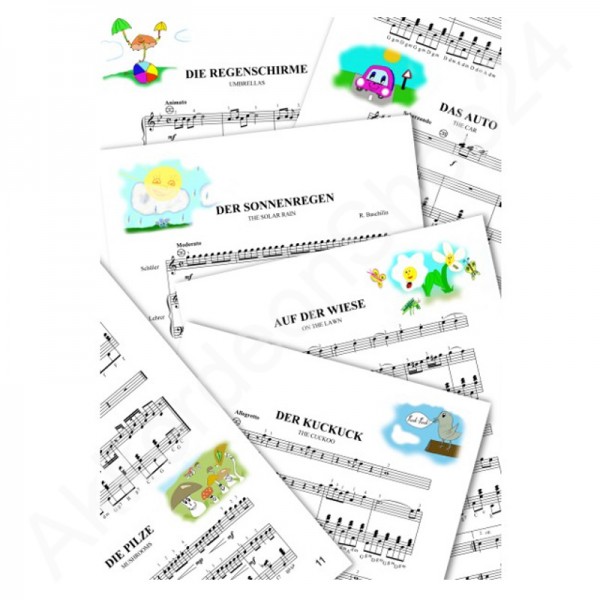 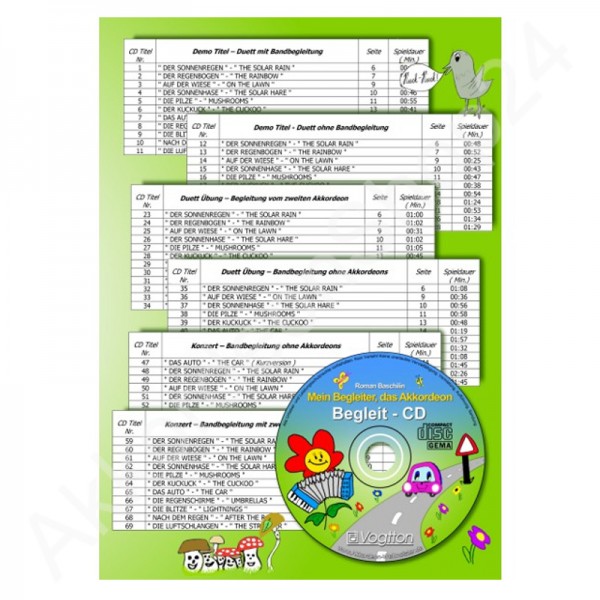 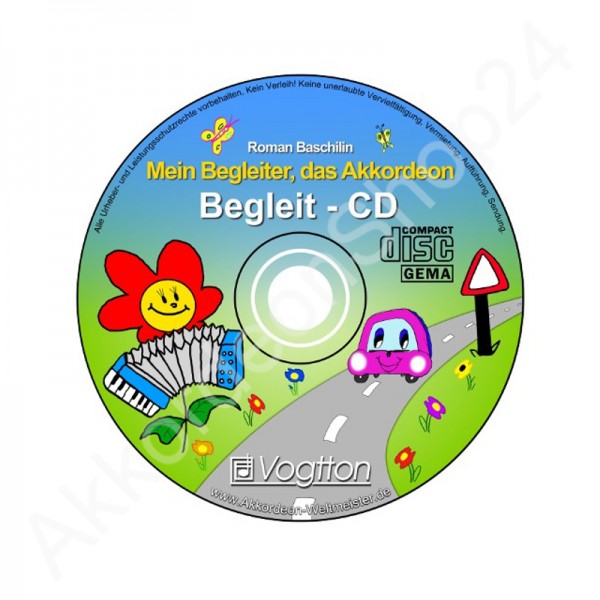 "My companion, the accordion" - Duet music for large and small musicians

The book "My companion, the accordion" is the ideal learn- and teach book for accordion beginners. It contains music that in the lessons can be played as a duet. All the works in the book can be found at the enclosed audio CD in several variations, allowing the pupil to practice the music at home on his own. In addition, each piece is available at the CD as a playback version with band accompanied, so that the future accordionist can play as a soloist in front of a background band from the CD.

The music pieces are easy to understand and were written in modern rhythms. This makes it simple to get started in learning the accordion play because the young musician is already in the beginning motivated by a successful experience.

Roman Baschilin has written the book and has composed the songs. The accordionist, composer and music professor of the Sergei Rachmaninov Music College of Education in Russia has won numerous international competitions and is a deserved artist in Russia. In addition to his academic work he is composing for theatres, radio and television and is as a musician on tour for concerts. His songs are played by renowned accordionists and accordion orchestras. 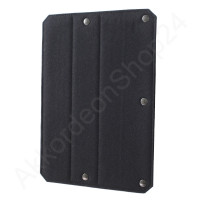 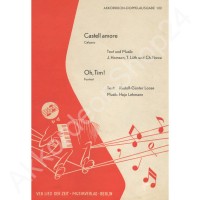 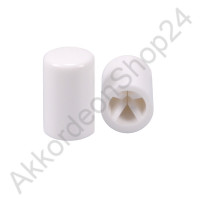 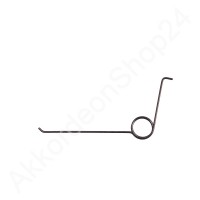